2019 brought numerous changes to provincial and federal labour codes. In some cases, new rules are being introduced and in others, changes made by previous governments have been rolled back.

But how will this affect you? You may be worried about how to manage the recent and upcoming labour code changes.

In this blog, you’ll learn the important changes and how these changes can impact your policies and procedures.

Beginning September 1, 2019, federally-regulated employers will be subject to the following changes to the Canada Labour Code. These changes will affect approximately 10% of the Canadian workforce primarily employed by airlines, railways, and telecommunication companies. These changes will require employers to review and update their practices and policies and communicate these updates to their employees.

Employees will no longer be required to complete six months of continuous employment prior to being entitled to various leaves. In addition, the following leaves have been added or expanded:

To learn more about why you should encourage employees to take a vacation, see also: Go Away! Why Employee Should Take Vacations

A graduated system more akin to the provincial rules will replace the Canada Labour Code’s two-week notice provision. Employees with a minimum of three-months service will be entitled to written notice of two to eight weeks, or two to eight weeks of pay in lieu, or some combination of the two.

However, just as with provincially governed terminations, common law guidelines established by the courts may increase the notice period depending upon the age, income, and job duties of an employee.

With respect to group terminations when large numbers of employees are being made redundant, a minimum of eight weeks’ notice is required.

One positive aspect for federally-regulated employers, is that an adjudicator’s power has been expanded to dismiss a frivolous or vexatious wrongful dismissal complaint.

Federally-regulated employers will now be required to provide employees with at least 96 hours’ written notice before making changes to their schedule. Furthermore, employees are able to refuse a shift if the required notice is not provided.

However, the provision does not apply when the situation is an emergency, or when a collective agreement provides a different timeline, or the request was made by the employee.

This constitutes a significant change from the usual practice of paying overtime when sufficient notice is not given. Now, an employee can refuse a shift without fear of negative consequences, which will present new demands on the employer.

Changes to shift scheduling is further complicated by new restrictions regarding the pay for temporary workers. The new rules prevent a federally-regulated employer from paying employees differently for performing the same work based on “employment status”. In other words, a federally-regulated employer cannot pay a lower wage to a temporary worker when one is brought in to cover a permanent position.

It’s important to understand how these restrictions can impact you. You might have to rethink hiring temporary workers or using employment agencies for lower labour costs. Once changes are in effect, your temporary workers can request a review of their wages. In turn, you have to pay them all the same salary as your full-time employees. The costs can add up if you have hired many temporary workers.

Furthermore, this rule will affect hiring agencies as the rate of pay must be the same for the temporary worker at the agency. Thus, using an agency will cost a federally-regulated employer more once the agency’s fee is factored in. 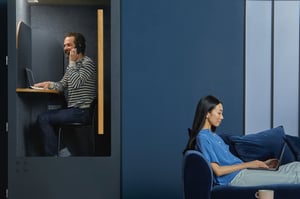 Unionized and large employers will need to establish a pay equity committee and create a plan to identify and evaluate differences in wages between male and female jobs of equal value while working toward establishing equal pay for equal work.

In the spring, BC announced a number of changes to its Employment Standards Act. Among the changes that echo the upcoming federal rules are:

Critical Illness or Injury Leave - Employees are entitled to thirty-six weeks of unpaid leave to provide care or support to a child under 19 and up to sixteen weeks for family members over the age of 19.  In addition, the leave may be extended if the family member’s life continues to be at risk.

Domestic or Sexual Violence Leave - Victims or domestic or sexual violence are entitled to ten non-consecutive days of unpaid leave to seek medical attention, obtain personal victim or counselling services, or to temporarily relocate.  In addition, an option is available for another fifteen weeks of unpaid leave.

These two new leaves are in addition to the existing unpaid statutory leaves for pregnancy, parental, family responsibility, compassionate care, reservists, bereavement, and the disappearance or death or a child.

The election of a new government in Alberta has lead to the rolling back of a number of changes to Employment Standards which were enacted under the previous government. Specifically,

A number of changes were made to eligibility, calculation, and payment of holiday pay.

Overtime banking will now be done on an hour for hour exchange rather than the previous rate of 1.5 times the overtime hours worked.

In late 2018, the new Ontario government repealed many of the clauses in the 2017 updates to the Ontario Employment Standards Act.  Included in those changes were:

Personal Emergency Leave - Leave provisions were changed so that current employees are entitled to the following unpaid leave:

Minimum wage - Frozen at $14 per hour until October 2020 when annual adjustments based on inflation will take effect.

Scheduling - all provisions related to an employer’s ability to refuse shift changes or payment in lieu of notice have been eliminated.

While 2019 appears to be an unusual year for changes to labour codes given the number of jurisdictions affected and the scope of the changes, it behooves employers to ensure that they stay up to date and that they review and adjust where necessary their policies, procedures, and practices to conform with each new iteration of the acts.

This is a significant undertaking for any employer but especially for those that operate across multiple provinces. Should you have additional questions or require assistance, we are happy to connect you with our strategic partners in employment law and human resources consulting.

Download our webinar to learn about disability benefits and how to create better policies for your company.

This webinar will be an intermediate-level session, participants are expected to have an understanding of Canadian group benefit plans. 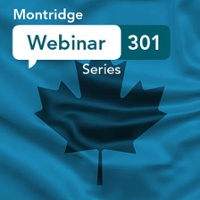 This webinar is an intermediate-level session to gain an overview of disability benefits, their pitfalls and how to create better policies.